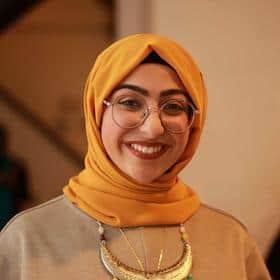 Fatima has been an activist and organizer with Amnesty International Canada for five years, most recently as a national youth advisor and president of her university’s chapter. In her national role, she set up a governance mentoring program for her peers. Fatima also co-founded a racial justice collective and represents fellow students as a member of Dalhousie University’s board of governors. She spent one summer working as a theatre production associate.

Fatima is completing a Bachelor of Arts, Combined Honours, in Sustainability and International Development at Dalhousie University. She will start the BCL/JD law program at McGill.

The McCall MacBain Scholarship program and McGill University are situated on the traditional territory of the Kanien’kehà:ka, a place which has long served as a site of meeting and exchange amongst nations.